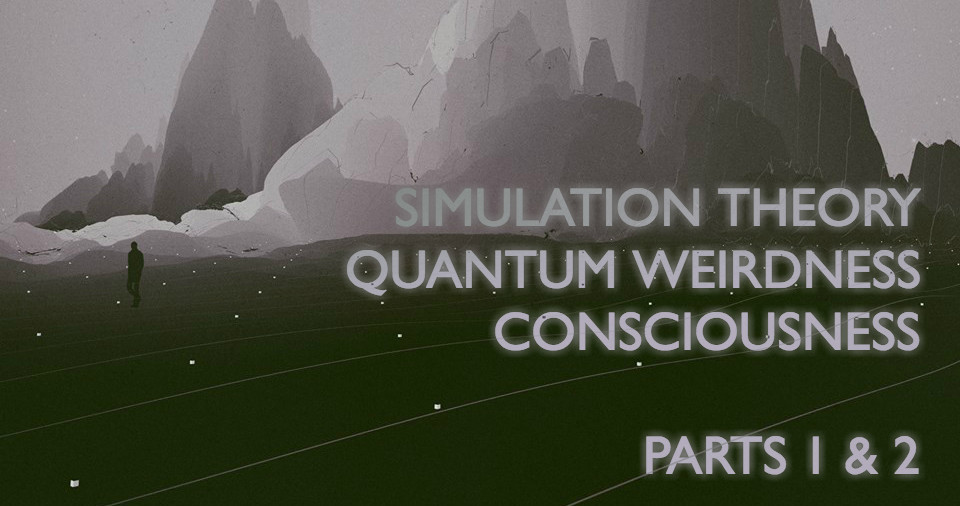 Welcome to the era of virtual quantum weirdness, my friends. Lucky for us, we have Tom Campbell, physicist with NASA, Army Intelligence and out-of-body experiences on his resume to walk us through it.

The idea that we may be living in some sort of simulated universe makes a lot of people supremely uncomfortable. Unfortunately for them, the logic behind the simulation argument is pretty sound (take it from the guy with the Nobel Prize around his neck,, not me).

But, what of the natural philosophical follow-up questions that come along with being told you’re living in an ultra-advanced virtual realm (i.e, Who made the simulation? What am I then? Does that mean my consciousness is simulated?)? Obviously, scientists can’t answer these queries, but if we don’t dive into them, we’re left with nothing but a tremendously achey case of existential blue balls. No fun.

Lucky for you (and them), we’ve got Tom Campbell on the show. Tom is a man with both the requisite hard (I’m holding back a double entendre right now) scientific and subjective consciousness-based expertise necessary to have this conversation properly.

Tom Campbell began researching states of consciousness with Bob Monroe (Journeys Out Of The Body, Far Journeys, and The Ultimate Journey) at Monroe Laboratories in the early 1970s. There, he and a few others were instrumental in getting Monroe’s laboratory for the study of consciousness up and running. Campbell has been experimenting with, and exploring the subjective and objective mind ever since. For the past thirty years, Campbell has been focused on scientifically exploring the properties, boundaries, and abilities of consciousness.

During that same time period, he excelled as a scientist. He worked on large-system simulation, technology development and integration, and complex system vulnerability and risk analysis. Presently, and for the past 20 years, he has been at the heart of developing US missile defense systems.

Tom has compiled his experiences and expertise in his three-part book series, My Big TOE (Theory of Everything). He also has many, many hours of free talks on You Tube.