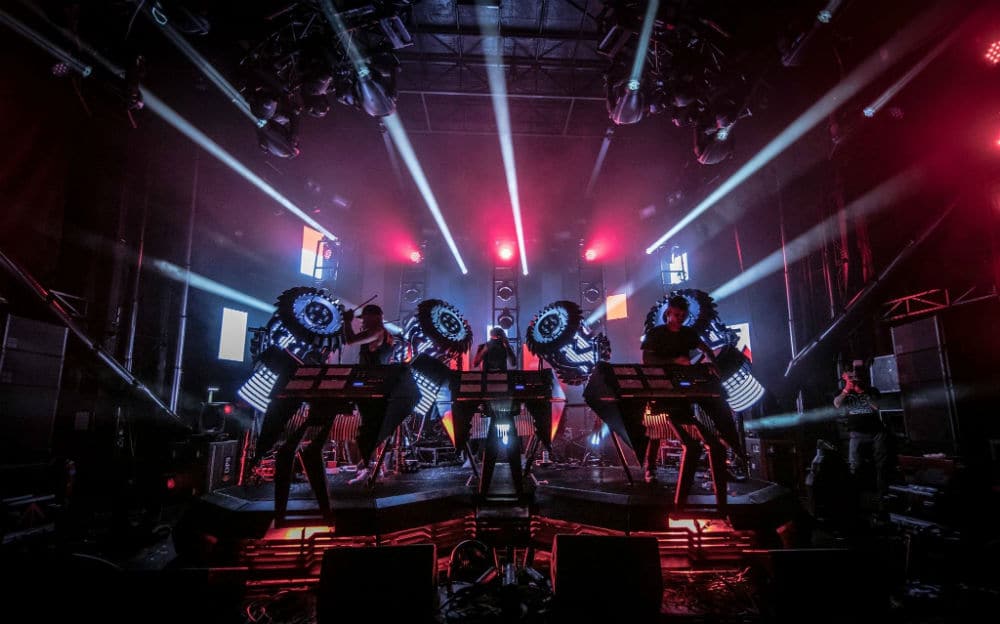 Best known as part of the Glitch Mob, Justin Boreta is a wonder-seeking electronic music producer.

Justin enters the mind meld to talk about the subtle aggression of self-improvement, why our relationship with nowness is so strained, why we should institute a secular sabbath, Glitch Mob’s DIY roots and much more!

There are a bajillion ways to take advantage of people’s desire to be special. One that doesn’t ever seem to go out of style is the spiritual con. You know the one– Some iteration of a false guru claiming to have a mysterious ability. They say they can transmit or reveal it to you if you just buy their course, attend their workshop, or better yet, make a sizable enough donation.

I’ve rambled a lot about the pitfalls associated with this sort of senescent spiritual capitalist psychology over the life of the podcast, but when Justin used the phrase that’s the title of this episode (awakening industrial complex), it was really a mini ah-ha moment. It summarizes the ridiculousness of the phenomenon so poetically and succinctly.

This mind meld is sponsored by the mushroom wizards at Four Sigmatic. Get 15% off their super fungi infused potables by clicking here or using the coupon code THIRDEYEDROPS

More specifically, it draws attention to an obvious paradox—

How can someone bestow anything upon us, when ultimately, no one can have an experience for us? In heart of hearts, we know that we must witness eureka moments for ourselves. There’s no other way to evolve. For that reason, folks that are part of this ‘awakening industrial complex’ are slinging psychic snake oil. Although the example I’ve highlighted above is obvious, make no mistake, this can be a tricky business because the line between sh*t and shinola is often very thin.

That said there are great teachers and facilitators out there who really can orient us toward and provide a space for us to do the work we need to do. In fact, we talk a fair bit about one of them, Ram Dass in this very podcast (check out Justin’s amazing collaboration with him here).

Spiritual materialist warnings aside, Let’s talk about Justin Boreta– He’s most well known for being a member of the stupendous electronic music act, the Glitch Mob. He’s also an incredibly insightful, well-spoken, highly experienced and humble guy. I’m very excited to have him as part of this weird little digital sanga we’ve got going here.

Want more with Justin? Join us at Patreon for a chat about Justin’s creative rituals, flow states, epiphanies and more!