The Vicious Beauty of Impermanence 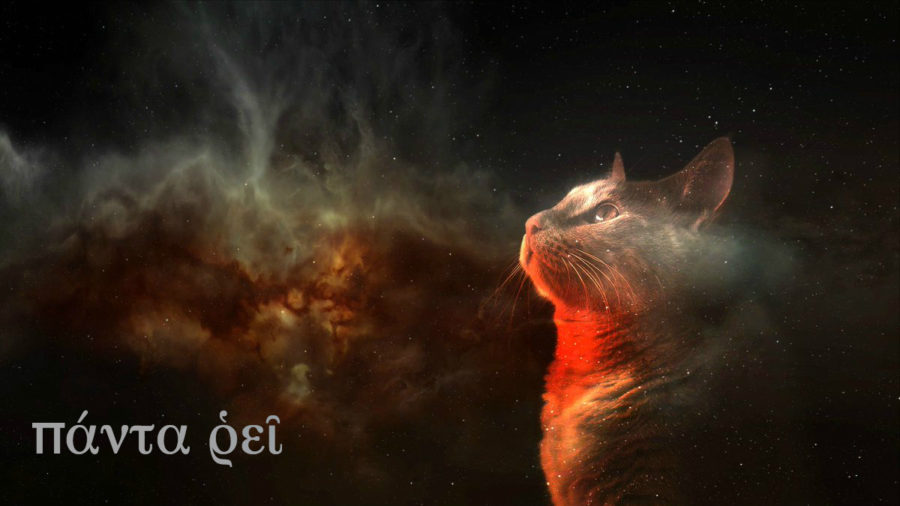 Michael unpacks the role of impermanence in existence and his own heartbreak. “As the earth sustains the atmosphere and outer space accommodates the stars, galaxies, and all the rest, we are willing to carry the burdens of the world. We are inspired by the physical example of the universe. We offer ourselves as wind, fire, air, earth, and water—all the elements.”  –Chogayam Trungpa

This exploration of impermanence is an exercise in catharsis. I truly hope this doesn’t come off as morbid, like I’m wallowing in the dumps or fishing for attention.

Yes, the catalyst of this is personal, I just lost my favorite fur-baby, a cat I’ve had since he was a few weeks old whom I snugged with nearly every day of his life for a decade. The very same feline who was the inspiration for our Psychedelic Kitty Sage shirt. He was an uncommonly majestic sweet little being who was simply mine. He followed me all over the house and slept in the spot on the bed that smelled most like me. After a long day, he’d regularly plunge his head into my stinky armpit to rub his sweet little face in my man-stink just to revel in it.

Of course, I adored him back.

So yes, we were homies of the highest order with a deep morphic resonance. Every day since I had to take him to be euthanized has felt like it’s been dipped in shit accompanied by a hot choking constriction in my chest and throat.

However, regardless of what catalyzed this for me, this is reality for all of us my friends. If not now, then later. So let’s unpack this vicious existential mystery together, however incrementally.

Mind Meld 219 | The Dark Corners of Love with Cory Allen