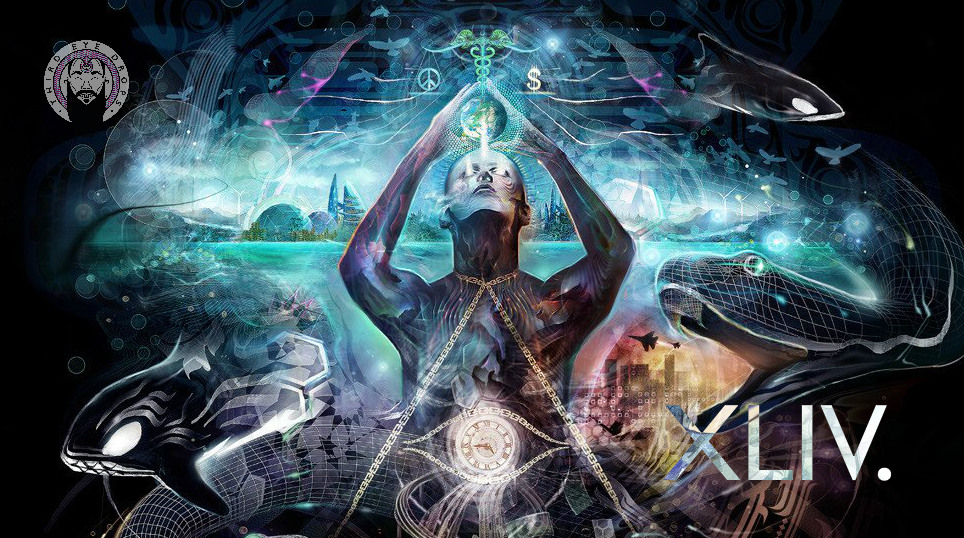 Douglas Rushkoff is media theorist, writer and philosopher. He’s authored works like Present Shock, Throwing Rocks at the Google Bus and his latest, Aleister and Adolf, a graphic novel exploring the esoteric warfare between the Nazis and Aleister Crowley and the British during World War II.

Michael Garfield is a multidisciplinary visionary artist, musician and host of the Future Fossils podcast. Between our deepening technological symbiosis, the torrent of information flowing through it and the capitalistic cornerstone it’s predicated upon, we’ve conjured something strange. Some sort of omnipresent newborn with chameleon like properties that wants nothing more than to pander to your every sense, whim, bias and predilection.

Given that, it’s more important than ever to become a skilled, critical, parser of all of the input being blasted at you. We should be asking “why?” constantly. We should be asking “What’s the source of this information?” “Who benefits benefits from it?” “Who else is reporting this?” “Am I gravitating toward this information because of my own bias?”

Bonus points for doing it without becoming a dismissive, jaded prick.

But responsible media digestion is tricky proposition because everyone pushing it has an agenda- marketers, politicians, media channels, you name it. Every one of them are consciously choosing not just how to spin things, but what to spin. They’re deciding (with the help of a lot of data) what’s “newsworthy,” what’s “entertaining,”  what will hit you, their target audience, right in the weak spot.

As bleak as it all sounds, there are a few saintly content-pushers asking the nuanced, meaty questions that really push us forward, dollars and click-baity dopamine-dumps be damned. One of my favorites is Douglas Rushkoff. He’s not a man you pin down with a short title. Wikipedia says he’s a “media theorist, writer, columnist, lecturer, graphic novelist, and documentarian.” However, they don’t touch on the fact that he’s coming at it all from a gnostically and mystically informed angle (something that scores you a lot of points around here).