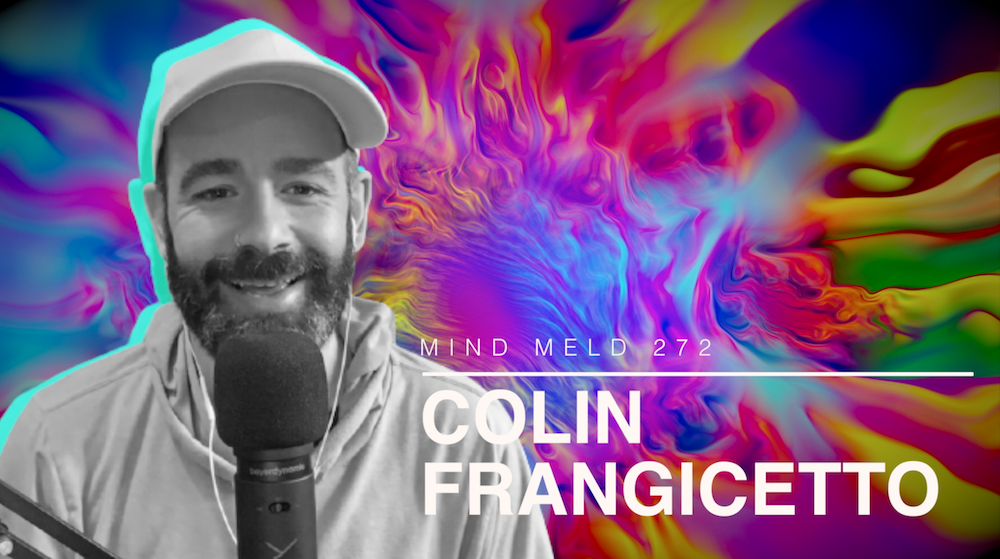 *Crowd-sponsor the show and get rewards on Patreon! *

Artist and Musician, Colin Frangicetto returns to riff about future nostalgia, why existential ambivalence is a sign of success, and why our souls might be trapped in a lower-dimensional slice of reality.

Colin Frangicetto is a musician, podcaster, and artist most well-known for playing in the band Circa Survive. Dive into Colin’s world here.

If you’re experiencing a general sense of existential uncertainty, you’re doing it right.

That said, our tendency to oscillate between ideas, emotions, and certainty (or lack thereof) isn’t typically looked at that way. If anything, we’re conditioned to treat such fluctuations as psychic gremlins to overcome, aberrations to defeat with logic, faith, or discipline. But, from where I’m sitting, that’s a fairytale. Doubt is built into the dynamic essence of being human.

Existential ambivalence is indeed on the musing menu with my wonder brother, Colin Frangicetto in this episode.

We also riff on a term Colin coined, ‘future nostalgia,’ the medicine of small beauties, and all manner of other things from neo-platonic soul fall to ayahuasca.

Speaking of, if you aren’t familiar with Colin, we went to Peru together a couple of years back and drank ayahuasca five times. Check out our previous pods if you’re interested in hearing the harrowing, transformative tale.

Colin also plays guitar in the band Circa Survive and he’s an amazing artist in both the digital and physical realm.