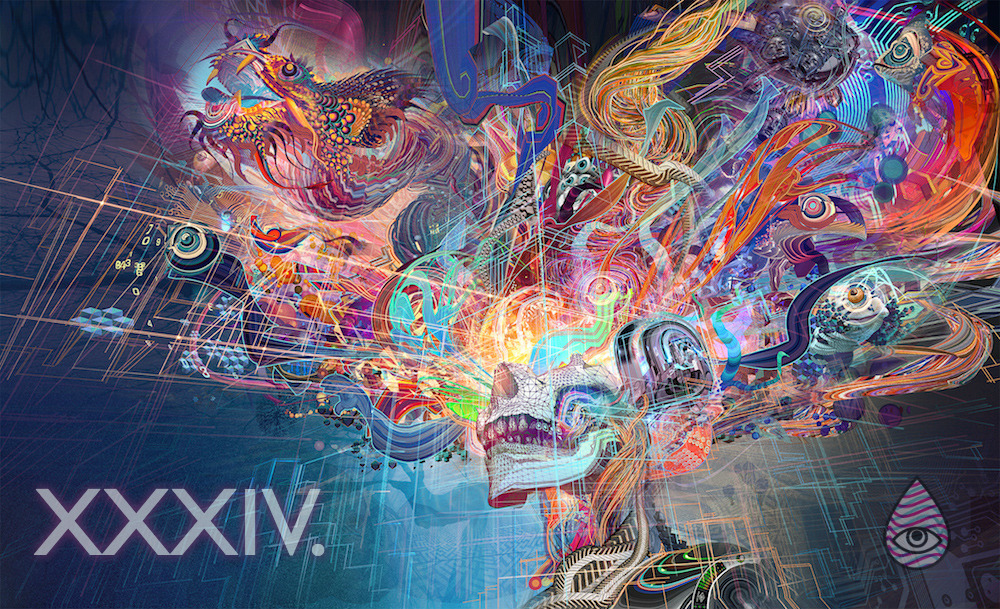 Lorenzo and Bruce showing off the “Trialogue” tapes loaned to them by Ralph Abraham.

Lorenzo Hagerty is the host and driving force behind the long-running Psychedelic Salon podcast.

As I laid down the opening ramble for this podcast, the rest of the world was being bombarded by election results. In no way am I trying to insinuate that I’m above it’s magnetic drama. How could I be? As far as cultural sporting events go, it surely wears the crown and this one in particular was the epitome of train-wreck entertainment.

The funny thing is, as much as it’s jammed down our throats and as much as we’re forced to care about it, its relevancy is diminishing with each passing election. It’s hugely important to remember that because there’s a dark, creeping tendency we all fall prey to from time to time – externalizing our problems.

In these fits of insecurity, we project the dark corners of our subconscious onto our favorite boogieman. Maybe it’s Trump, Hillary, terrorists, the New World Order, the Illuminati, lizards overlords, whatever.

To be fair some maybe this will lead to something really terrible and people have really considerable external forces to overcome. But, if you’re a reasonably healthy and intelligent human being, you have real power my friend. Deep cosmically bestowed power that allows you to blast MAGIC into the tangible realm. This is not an exaggeration. For example, by some miracle, you are the only being in the known universe that can have a thing we call an “idea.” You can take this murky, internal thing and transmute it from potential to a constituent of consensus reality.

This is what’s important, this is how you exercise, celebrate and venerate your humanity. Really want to get nuts? Focus your “magical” energy into greater crowdsourced acts consciousness and creativity. That’s where things get really interesting.

I know a good number of you are hugely disappointed the result of this all-around cesspool of an election, but remember this: YOU are the engine of the perception of your own reality, no matter how much cultural forces conspire to convince you otherwise.

MUSINGS IN THIS MINDMELD INCLUDE –